There is no way to better distinguish a gentleman from a boor, than by the cigar lighter used to prep and start his cigar. Factoring in more than just the type of lighter used, one can tell a lot from the style chosen by the cigar or pipe smoking gentleman.

Granted, there must be some time allotted for the young man who has never enjoyed a fine cigar and pulls out a gas station lighter to partake in this vice.

However, for any nobleman who engages in the delight of smoking, not having the proper lighting apparatus is not only an indication of inexperience but more-so, an insult to the tobacco he lights with it.

Butane Lighters are a Must

The fact remains that the only acceptable lighter to toast tobacco with is a butane lighter. The reason for this is that the fuel doesn’t affect the taste or aroma of the tobacco like the many fuels used in those basic lighters you can buy at any convenience store, gas station or smoke shop.

Whether it be to light your cigar or your pipe, the quality of the fuel used is critical in ensuring you get an even burn without any chemical residues or flavors being transferred to the tobacco.

Another big benefit of using the torch lighter is that the flame is significantly more intense which makes it easier to quickly and evenly light the cigar or pipe that uses a damp tobacco.

Both pipe and cigar lighters should be butane. There is no exception to that rule.

However, there are differences between the two types of lighters. Cigar lighters, or torch lighters as they’re often called, offer a far more aggressive and hot flame that rises from the top of the lighter.

A pipe lighter, on the other hand, is a softer flame that covers a broader area and usually jets from the side of the lighter which makes it easier to angle the flame into your pipe without burning your fingers.

While both styles of lighters can be interchanged, for the true connoisseur it can be of the utmost importance to use the proper lighter.

Why You Should Carry a Lighter

A lighter is like a handkerchief. Sure, you may use it yourself, but it’s there to lend to someone else in need. Just because you don’t plan to smoke a cigar during your afternoon walk, doesn’t mean that you won’t stumble upon someone else in need of a light.

Having the ability to offer it is a practice that dates back to the Victorian era when men would retire to their drawing room after dinner for a cigar with their fellow guests. This history continued throughout much of the Edwardian era and still continues to this day in many aristocratic households.

As the tradition goes, it would be up to the host to offer the cigar lighter around the room for men to use. This was partly due to the etiquette of entertaining, but also because cigar lighters were not as safe or as small back then, and you stood less of a chance of lighting yourself on fire or having gunpowder leak into your pocket if you just relied on the lighter offered by the host.

Today, cigar lighters are far more compact and safe to carry. As traditions became more modern, it became a polite necessity to carry a lighter with you.

This tradition grew in popularity with the mass-marketing of cigarettes in the 1940s and 1950s, continuing well into the 1960s.

With a significant percentage of the adult population smoking tobacco, odds were that you would regularly be asked for a ‘light’ while promenading through town.

Today, most smokers do carry their own lighter, but there are many times where you will still be asked to lend a light to someone in need.

Of course, cigar lighters are useful for many things, in addition to lighting a cigarette, a pipe or a cigar. One uses them regularly for candles, cooking or starting your bonfire. A torch lighter is useful for all of these things and it’s a premium lighter that works in every situation.

Certainly, you could purchase a BIC or Zippo lighter for a few dollars at your nearest gas station, but the quality of the fluid is unacceptable for cigars and pipe tobacco, and it can’t be switched out for premium butane as easily as many seem to think.

By having a cigar lighter in your pocket, you’ll be assured you have a suitable lighting instrument when smoking cigars, but you’ll also have a lighter that can perform many other tasks a gentleman might find himself being requested for.

My cigar lighter of choice for everyday carry is the Xikar Executive, which you can almost always find in my pocket.

I’ve learned the hard way that one should never travel by air with a cigar lighter. For me, it was a matter of forgetting I had one with me. I was so used to just grabbing it along with my wallet, handkerchief, keys and cell phone from my valet that I neglected to remember they are illegal to travel with.

At the time, I was carrying a fairly expensive S.T. Dupont lighter and when I emptied my pockets at security, I was given the option of surrendering the lighter or missing my flight. I surrendered the lighter.

There is nothing worse than learning this lesson the hard way. Butane lighters are prohibited from flying with, whether it be in your carry-on or your checked luggage. Leave them at home.

The best advice I can offer if you plan to smoke a pipe or cigar on your trip is to simply buy an inexpensive butane lighter or wooden cigar matches (also known as cigar spills) upon your arrival. You can usually find a fairly cheap metal torch lighter for the ten-dollar mark and most shops will fill it for you upon purchase which prevents you from also having to buy fuel. The other option is to smoke in a cigar lounge exclusively, where there are usually house lighters available for you to use.

One final tip that I often do myself is just to buy a single cigar when I want to smoke it. Most tobacconists will be happy to cut the cigar for you and light it.

If you do want to save it until you return to your hotel or get to a certain place, they will usually offer you a free match box or at least a couple of matches to get the job done. I’ve never been refused this and even though I always offer to pay, in my experience they have never accepted money for it.

Most torch lighters come in three styles. Single flame, double flame and triple flame. Of course, over the years, manufacturers have competed against each other by introducing more flame options, but for the most part, three is the most you’ll ever need.

The biggest benefit to more flames is the ability to light a larger circumference, evenly, and at the same time. For those who smoke larger ring gauge cigars, this can be highly desirable. The second reason some men purchase double or triple flame lighters is simply because of the appearance.

However, I will note – for what it’s worth – that on a personal level, I much prefer a single flame as it offers more control over the light and, in my opinion, looks far more elegant than a beastly three flames scorching your cigar.

There are many lighters on the market available for cigar and pipe smokers. However, most of them I would avoid at all costs. With a lighter you get what you pay for and having a high-quality lighter means the difference between getting an even and quick light or having a lighter that gets clogged doesn’t burn evenly or can be dangerous to use.

My standard rule of thumb is that if you can buy the lighter anywhere other than a reputable tobacconist, it’s not worth your money. Even in the event it clearly advertises itself as a torch lighter, avoiding the Zippos and BICs from 7-Eleven and other convenience stores is always critical.

I’ve owned many lighters over the years, and the XIkar and Vertigo brands, I have been consistently impressed with.

Let’s be clear about one point: Your lighter is only as good as the fuel inside it. Butane is the only acceptable fuel that should ever be used for a cigar or pipe lighter, but that doesn’t mean all butane is the same.

Xikar often compares their lighters to fighter jets, and there’s a reason we don’t fill up a fighter jet at the Piggly Wiggly.

When it comes to quality butane, you want the purest fuel available with the lowest possible level of impurities. This means that just as you would avoid Zippo lighters, it’s wise to avoid their butane as well.

I only use Xikar Purofine as it has some of the lowest levels of impurities at just 15 parts per million. By using a high-quality butane, I’m ensuring that my burner valves don’t get clogged and that my lighter doesn’t suffer from misfires. There’s no point in having a good quality lighter if it won’t light well. Click here to buy the same fuel I use to refill my lighters.

Lighters are tools for cigar and pipe smokers that cannot be undersold. The fact is that they are vital to the enjoyment that a fine cigar can offer and using the wrong fuel, or a poor lighter can flat-out ruin the experience.

Check us out on your favorite social media! 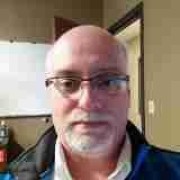 The Adorned Man is a participant in several affiliate advertising programs including the Amazon Services LLC Associates Program. This provide a means for website owners to earn advertising fees by advertising and linking to amazon.com, endless.com, smallparts.com, myhabit.com, and any other website that have an affiliated program.